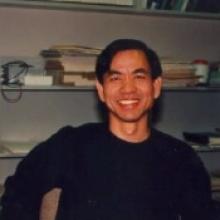 My research focuses on biotechnology and stress and postharvest physiology.

Characterization of Regulatory Genes Contributing to Barley Cold Tolerance A major cold tolerance QTL cluster has been identified on barley chromosome 7 (5H). Recent studies in Arabidopsis and other dicots have demonstrated that CBF/DREB genes act as key regulators of plant cold tolerance and other stress responses. We have cloned 15 barley CBF gene family members to date and mapped 13 of the barley CBF genes directly adjacent to the major cold tolerance QTL region. Assignment of map positions for the remaining barley CBF genes, as well as saturation of this area with additional markers, is in progress. The size of the barley CBF gene family and response of each member to environmental stress (cold, drought, etc.) is being characterized. A barley BAC clone has been mapped to a position directly under the cold tolerance QTL peak, and overlapping BAC clones identified as a first step towards a chromosome walk across this region. A set of 59 DM near-isogenic lines is being densely genotyped to define the segments of chromosome 7(5H) that play a central role in conveying the low temperature tolerance phenotype. Determination of the genes/regions conferring superior cold tolerance will allow development of winter hardy barley varieties that retain the superior malting traits of current spring varieties.

Genetic engineering of glycinebetaine synthesis in tomato protects seeds, plants and flowers from chilling damage Tomato plants normally do not accumulate glycinebetaine (GB) and are susceptible to chilling stress. Exposure to temperatures below 10°C causes various symptoms of chilling injury and greatly decreases fruit set (the number of fruits per plant) in most tomato cultivars. Conventional breeding efforts have failed to produce tomato cultivars with satisfactory cold tolerance and, with this in mind, we transformed tomato (Lycopersicon esculentum Mill. cv. 'Moneymaker') with the codA gene of Arthrobacter globiformis, which encodes choline oxidase. This enzyme catalyzes the conversion of choline to GB. Transgenic tomato plants expressed the codA gene and synthesized choline oxidase, accumulating up to 0.23 mol GB/g fresh weight in their leaves. GB-accumulating transgenic tomato plants were more tolerant to chilling stress than wild-type plants at various stages of growth and development from the germination of seeds to the production of fruit. At the reproductive stage, the GB-accumulating transgenic tomato plants yield on average 30% more fruits than wild-type plants after an episode of chilling stress. Our results demonstrate that introduction, by metabolic engineering, of the biosynthetic pathway to GB in tomato is an effective strategy for improving fruit production under cold-stress conditions.