Phytophthora (Fy-TOFF-thor-uh) species make up a group of microorganisms that are important plant pathogens. The name Phytophthora derives from Greek and literally means “plant destroyer.” 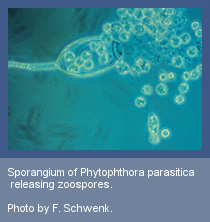 Phytophthora species resemble fungi but are not. While they are most closely related to aquatic organisms, such as brown algae and diatoms, they can also exist on land. However, Phytophthora organisms are often referred to as water molds because they do need water to complete their life cycle.

Certain species of Phytophthora cause important diseases in vegetable crops, fruit and nut trees, and forest trees as well as in nursery crops. Phytophthora disease is the number-one disease of nursery crops nationwide. 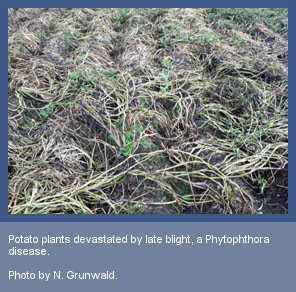 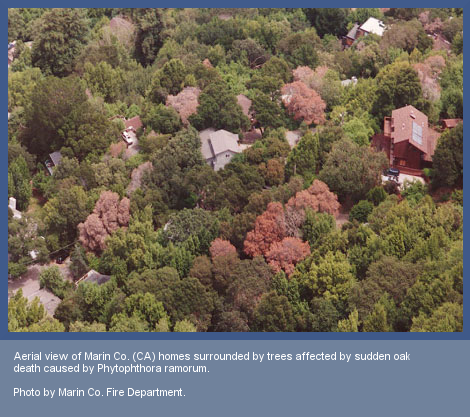